The Pitfalls and Dangers of Using Black Hat SEO 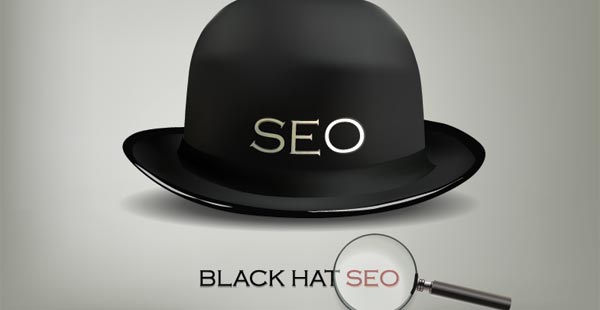 Search Engine Optimisation (SEO) techniques have three known forms namely white hat, grey hat and black hat. These forms of SEO differ in how they use SEO to boost website traffic. White hat utilises SEO to target human audience, while black hat rigs the search engines to increase the rank of websites. Grey hat, on the other hand, falls somewhere in the middle of the two other forms.

Judging by its mere characteristics, black hat SEO is considerably dangerous. Its intent revolves around its ability to trick the audience using keywords irrelevant to the content. The actual outcome for such a tactic is often brought by an increase in website traffic due to trickery and not at all from quality content. Aside from the abovementioned, below are the pitfalls and dangers of using black hat SEO.

Pitfalls and Dangers of Black Hat SEO to Websites

Businesses might often think that black hat SEO provides no harm to their websites since the practice and technique directly affects audience and traffic. However, what they don’t realize is that there are consequences for using such a risky method. Below are some dangers of black hat SEO to websites.

It might seem counterproductive to use black hat SEO and end up with lower search rankings when the main advantage for such a method is to drive traffic for your website. However, this is legitimately possible. Once search engines discover these operations, they would know that these techniques go against the agreed-upon terms and conditions of service. Search engines would penalise websites for their prohibited actions. Worst case scenario, your website would be banned from appearing in the search results page, thereby lowering your search rankings and ultimately losing your audience.

Let’s say you decide to try black hat SEO for whatever reason you have. You might confidently claim that you have acquired a significantly positive outcome since the said technique drove traffic to your website and people noticed and discovered your business because of it. But you also have to take note that the black hat SEO techniques took advantage of the loopholes in the search engine guidelines. Sooner or later, search engines would find out the loopholes you exploited and would fix them instantly. Once the loopholes are resolved, the desired outcome you received from black hat SEO will disappear. Search engines are continuously working on such loopholes and they closely monitor what goes on in this particular sphere. It’s only a matter of time before they get to those practices so why risk it?

The purpose of a website is to bridge the gap between businesses and clients easily and conveniently. It allows prospective customers to find out what they want and need, plus acquire useful and necessary information regarding the products and services. Black hat SEO eliminates the decency of this exchange. Due to their poor and misleading information, the target audience might get annoyed, ultimately causing them to leave the page and write complaints. These complaints might stick to the brand itself, diminishing its name and status for being reputable and reliable.